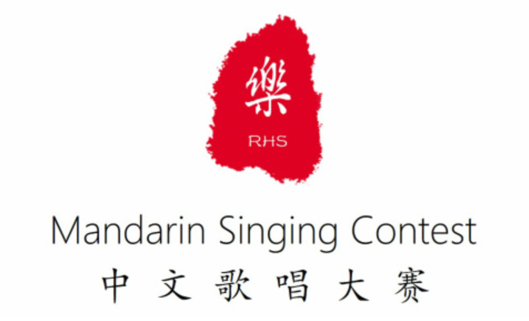 The RHS Mandarin Singing Contest is an annual event organized by the dedicated students of Richmond High.

In the exciting event, 20 students attended and 10 made it to the finals, which took place on March 10th. The contestants were evaluated by the judges based on their singing abilities, volume and tempo control, pronunciation and the accuracy of the lyrics, stage presence and audience interaction and also the choice of attire.

Congratulations to the top 3 winners of the 2016 RHS Mandarin Singing Contest: Rebecca Yu who sang the fiery song, “Tornado”, Louise Lau who beautifully performed, “She Said”, and Jun Wen Chen who delivered a passionate rendering of “In the End You Didn’t Want Anything’. Of course, all of the performers were incredibly talented and sang their hearts out. If you love to sing and love mandarin, be sure to come to the auditions next year! 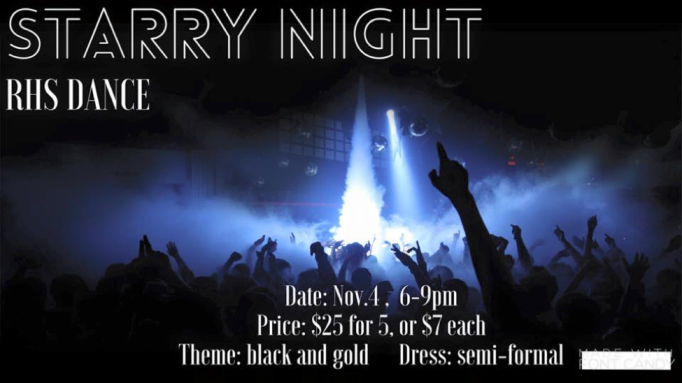 On November the 4th, Richmond Secondary School had their first dance of the year. It was definitely a success with around 200 students showing up to the Starry Night Dance. The dance had a variety of snacks, and drinks with a professional DJ. There was also a photo booth as well as a dance floor accompanied by flashing colourful lights and smoke machines. Many students took it to the dance floor to flaunt their dancing talent. One gifted dancer, Kyle Go, had an extraordinary performance and amazed the crowd (see the picture above). Everyone is now in envy of his incredible dance moves.  That night is considered a success by the majority who attended. The Student Council along with the teachers and staff of our school, came together to make this outstanding event take place.

We saw an extensive amount of work put in by student council to organize the event, including our very own great vice president Misha “Michael Alex” Vinarski who was a crucial part of the organizing body behind the event, displaying an array of leadership qualities.

“Leading the way can be a tough job, but making the school a better place is my thing. It’s only right for me to pave the road to success for our students.” Declared Mr. Vinarski, “I’ve given up many parts of my life, from going to the gym to playing my game to put the time, effort, and work, to guarantee that each and every one of our students get what they deserve, including this dance.” 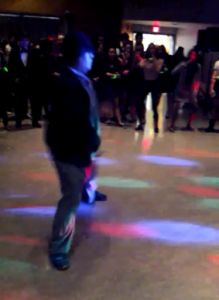 Many are eagerly looking forward to the next school dance. The Starry Night Dance merely signalled for a new dawn of dances, for this starry night is not the end, but the rather the beginning of a new day and age of student council events to come. 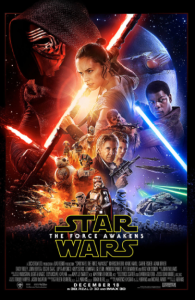 Well, December 18th, 2015 is upon us. Those who don’t know what I am talking about, the poster says it all. Fans of the Star Wars franchise from around the world are hyped up for the latest installment in the Star Wars franchise called Star Wars: The Force Awakens. Those who have never heard or seen any of the Star Wars films won’t get what I am talking about. Star Wars, as you may know is set A long time ago in a galaxy far, far away. From the creator of the once hit TV show Lost and the director of the first two Star Trek movies, J.J. Abrams, Star Wars: The Force Awakens is set 30 years after Return of The Jedi. Those who haven’t seen the Star Wars film franchise or those interested in the movie should watch the previous films in the franchise first before you go to see it, if you decide to do so. So far I think that this is going to be a good film whatsoever, it will have its moments and will likely rule the box office for years to come.

Hey Colts, why not polish up your essay writing skills in 2016?

In this issue, IB HL English Student Mabon Foo will teach you how to write an essay that will get you a 7 in IB!

How to Write an Essay

*This is just a guideline outlining the method that I use to write essays. Always follow the teacher’s instructions.

** My credentials: I am in IB History HL 12. That’s basically all that needs to be said.

Five Paragraph Structure – Most topics can be tackled well with an intro, three body paragraphs, and a conclusion, but this is not set in stone. An additional paragraph may be needed if there is a large amount of material to work with, or perhaps the question is better addressed with two body paragraphs.

Identification of Main Arguments – The thesis should be elaborated by identifying clear arguments that support it. Usually, to fit the five paragraph structure, three arguments are identified, but if one of them is used as a counter/alternate perspective, this leaves two. Each one should be able to stand on its own, and the strongest argument (the one you are most confident in) should supersede the others.  For example, for an essay on the causes of the French Revolution, the thesis could be that social causes of the revolution played the largest role, and the arguments could divide these social causes into the effects on the peasant and the middle class/bourgeoisie. The counter argument could then be that economic problems caused the revolution and not social grievances.

Focus and Structure – The essay should flow logically and not consist of scattershot ideas. Creating an outline before writing the actual essay is highly encouraged. Remember to make the scope of your essay narrow enough so that the reader is not overwhelmed by a multitude of different arguments, while also sufficiently broad for effective analysis.

Balance between description and analysis – The heart of an essay is the analysis and defense of the thesis. Simply describing events and paraphrasing them is not enough for a successful essay, but description is still necessary to support the analysis. Your analysis should always be backed by appropriate evidence, otherwise it lacks validity.

Language and Style – Do not use colloquial language/slang, and avoid contractions (don’t, won’t, shouldn’t, couldn’t) Always be assertive; even if you are allowed to write in first person avoid phrases such as: I believe… In my opinion… I feel like… Large amounts of adjectives and adverbs dilute the strength of your analysis and cause it to become more descriptive. Avoid transitions such as firstly… secondly… thirdly… (gives the impression that you are listing rather than analyzing), and be wary of beginning your conclusion with: In conclusion… (I usually use Overall… or All in all… or As a whole…)

Always Always Always double space – This has two benefits, first, it allows you to cross words out and write on the line above (I do that frequently in my writing), secondly, it allows the teacher/whoever is marking it more room to annotate and provide feedback.

Analysis of different perspectives – It is helpful (especially in IB) to identify and assess additional perspectives. This comes in the form of a counter argument. I usually place it in the first or second body paragraph so that it can be rebutted (explain why your perspective is superior or more preferable) in the following paragraph. The counter argument doesn’t always have to be directly in opposition to your thesis, but it should present a different point of view.

Intro: Don’t spend too much time on perfecting the introduction. A weak introduction is better than a weak main argument.

Hook – Draw the reader’s attention in. It should be confident and declarative for a good first impression. Optional if stated by the teacher or if time is an issue.

Thesis – This is the centerpiece of your essay. It should be succinct and answer the question/ address the guiding topic directly. Writing it out in full while writing your outline will help you refine it before you begin writing the actual essay.

Synopsis of Arguments – Optional but useful to give an idea of how you will defend your thesis. It should include the three main arguments of your essay in brief, no need for evidence or analysis at this stage.

Contextualization – How does your thesis affect the topic as a whole? (for English, this could mean the historical/cultural background of a novel) Think about what you’ve learned in the unit.  Again, optional, but demonstrates awareness beyond just the question itself.

Body 1 (Argument 1): This is where the actual analysis begins and where the ‘meat’ of the essay lies.

Main Argument – This is where you begin to elaborate on your thesis. The first argument is usually your strongest and most pertinent to the topic. Focus on analysis and expansion, and avoid veering off topic; make sure the thesis remains relevant throughout.

Implication – How is the evidence related to the argument? Show that your evidence effectively supports your argument by discussing its impact.

Sub-argument – It is useful to break up one argument into multiple parts each supported by their own evidence. (e.g. Character A is characterized by the author as being A, B and C, the main argument can focus on A, and the sub-arguments can focus on B and C, with evidence from the novel/play for each character trait) Usually one sub argument is enough for a sufficient analysis, but more can be helpful if one argument is especially broad.

Mini-conclusion – If needed, this can be used to aid the transition to the next paragraph and tie together all the sub-arguments along with the main argument. Referencing your thesis is always a good way to refocus the essay and provide a clear flow.

Body 2 (Counter): This and Body 1 can switch places, thus allowing the rebuttal to factor into the main argument of Body 1 instead of Body 3.

Counter Argument – Transition to your counter with phrases such as: an alternate perspective… an additional view… this is opposed by… Analyze your counter argument like your main arguments but do not directly reference the main arguments, wait until the rebuttal to do that.

Body 3 (Argument 2): Usually the second main argument is complimentary to the first main argument but they should not be too similar.

Main Argument – Transition away from the counter with: this is refuted by… this perspective is opposed by… If the counter is already refuted, use conventional transitions like furthermore… As well… Additionally… Likewise… Prove the validity of your thesis against the counter argument using your main argument. After the rebuttal is complete, proceed with analysis of the main argument.

Conclusion: The conclusion should consist of a synopsis of your main arguments, like stated in the introduction, and a paraphrasing of the thesis (put it in your own words rather than basing it off of the question/guiding topic). The contextualization mentioned in the Introduction can be reintroduced, but be careful not to bring up new ideas.

Read it over: During the actual writing, it is easy to get tunnel vision and avoid looking at your essay from the perspective of the reader. By double checking your essay, you can catch misspellings, grammatical errors, change words around, perhaps even add and remove small sections. (This is why double spacing is especially helpful; you can put an upwards arrow between two words and write on the line above)